The Wonderous Maasai Mara is again under focus after another rare Golden zebra in Mara, the foal was spotted in the Mara triangle South West of the reserve bordering Tanzania.

Another unique zebra has been spotted at the Maasai Mara Game Reserve.

A golden colored baby zebra was seen at the Mara triangle South West of the reserve near the Tanzania border.

This comes just weeks after another rare zebra, polka dotted baby zebra, was spotted in the same reserve.

The rare brownish donkey-like foal has a stripped neck, head and tail while the rest of its body is golden-like.

The baby zebra was first spotted by John Kipaas Manie while taking tourists around the reserve.

“It was a normal morning game drive and that is when we spotted the rare-colored foal. At some point, I could not believe my eyes. I clicked my camera and got some pictures of it. It looks more like a donkey than a zebra, “quipped Maine.

According to Maine, the zebra could be a day or so old. Since he was the first one to spot the golden baby zebra, he named it after his name, ‘Maine Zebra.’

Maine has called on the authorities to guard the ‘golden-like’ zebra so that it doesn’t migrate to the neighboring country the polka one did.

The unique blonde color in zebras is due to a condition called amelanism. This is the lack of pigmentation called melanin in zebras.

Researchers pointed out that animals leaving with this condition can develop problems such as poor night vision to kidney problems. More so, sadly they have a high chance of getting skin cancer.

What are our clients saying? 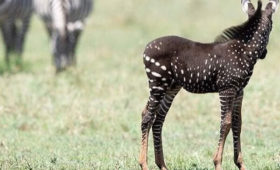 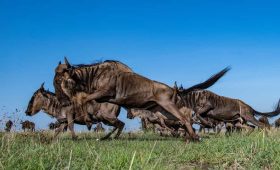